Earlier in April, friends of ours had found that Billy Smarts Circus was spending three days in Southampton and decided to treat their kids to the show. We had been invited as we hadn’t seen them in a few months. At this point I had my first DSLR, a Nikon D3100, the kit lens 18-55 VR and a Sigma 70-300 that the shop had bundled in.

We turned up on a cold day and collected our tickets and I read in the box office a small sign that to take photos, you had to pay the sum of £1. I handed over my quid, got my little stub as a receipt and felt confident that I wouldn’t be hassled in the big top. 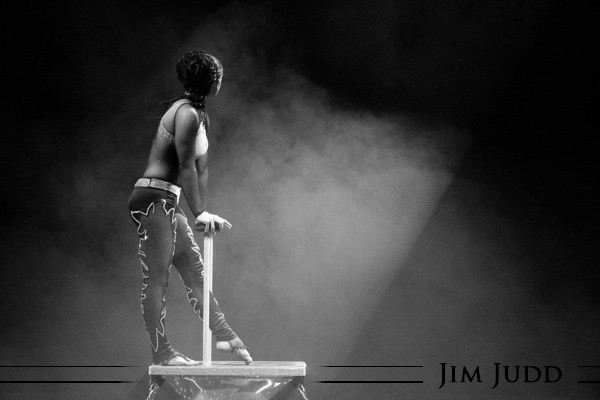 We took our seats and the lights came down, really came down. It was perfect in terms of human sight but for a camera, it was a tricky level. On the one hand I wan’t to try and freeze the action as much as possible. I boosted the ISO to a level I felt I could recover from, around 6400 and set the shutter speed at the lowest speed I thought I could get away with, 1/200th. As I was shooting at about 40m I wasn’t too worried about the subject moving significantly towards or away from me enough to miss focus if I opened up the lens to it’s maximum wide open aperture of 4.0. The exposure meter was indicating that I was still underexposed so I decided to drop the shutter speed to 1/160th rather than boost the ISO. I would have to concentrate on the slower acts. 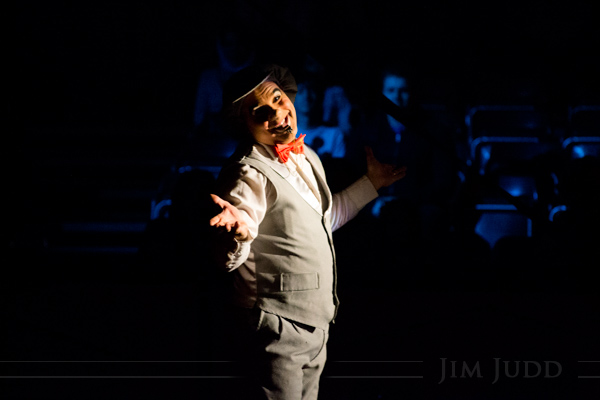 As the show kicked off I was happy to see that 80% of the acts were solo which meant that I could really narrow in and get fairly tight shots. The background of the darkness and two spotlights really isolated the performers shapes.

As I look back at all the EXIF data from the days pictures, most of the shots focal lengths were between 110-135mm. I had to use loose hands since we were all sat on plastic seats that bounced up and down as people hopped about and the kids were jumping about.

Most of the noise from the ISO 6400 setting I managed to clean up with Luminance Noise Reduction in Lightroom, a little contrast boost here and there and I was pretty much done with them.

Of all the images I’ve put up on Flickr, 95% of which are architectural, the original 10 circus shots consist of 75% of my viewed stats so I’ve shamelessly revisited the original RAW files and processed another 30 or so and stuck them into the same set after keywording them. 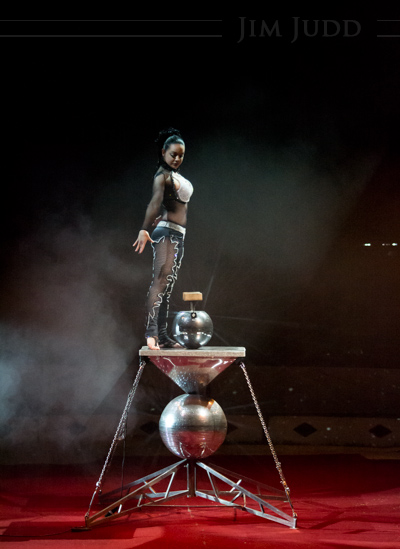