During the working week I’d been thinking about how to get more involved with off camera flash. I was heading down south back to see the family for the weekend and I had plenty of time to get some shots in.

My younger brother has a talent for engines, he’s been a petrol head for as long as he’s had a driving licence. When he’s not building his extension, he has his head buried in engine bays, under car lifts sorting exhausts for his and everyone else’s cars. It’s seems that there is an MOT for somebody he knows almost every week.

I’d taken a few shots of him doing his stuff during the day but I had to wait for the late evening darkness before I could put in place the single shot I’d come up with while sat at work.

The idea was to have him with his back to the camera looking into the engine, a remote flash buried in the engine bay dead centre and to have a second remote flash in between him and the camera, also centred. The camera was locked onto the tripod, manually focused with a 35mm prime lens with plenty of space below and to both sides.

After a couple of test shots, I wasn’t happy with the amount of light the low flash was giving off and the effect it had. I liked the silhouette the engine bay flash was producing, separating him from the car bonnet but the floor flash was giving too much detail to his back. I removed the offending flash and tried again, this time producing the shot below. 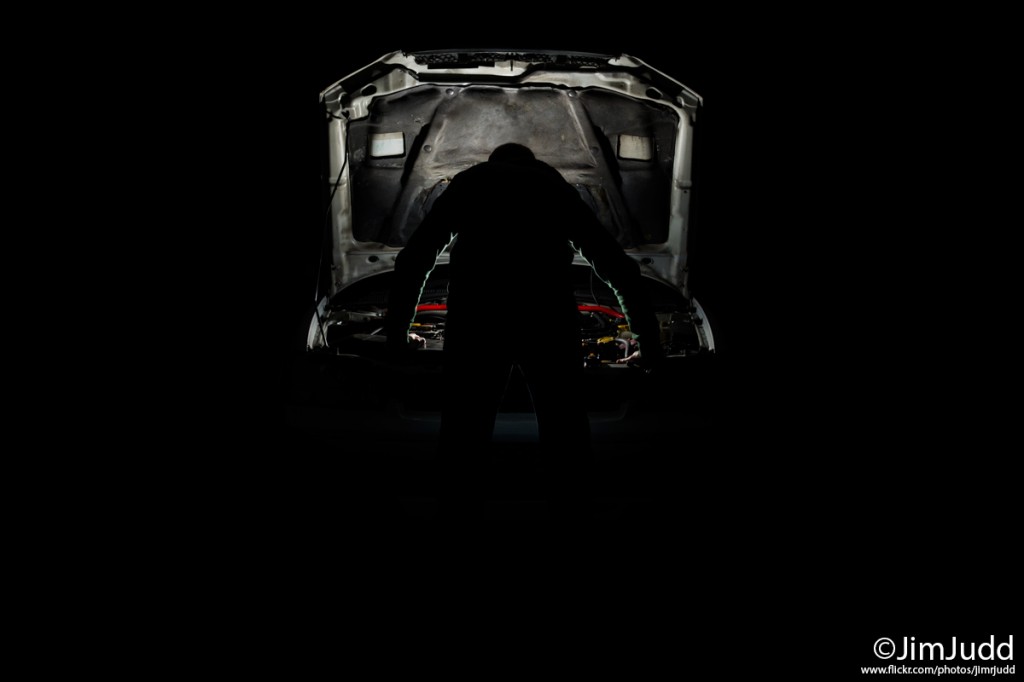 Minor edits were made in Lightroom and Photoshop, the flash had caught a couple of stray overhanging tree branches which were removed. I kept all the space to the sides and below the main area because I feel that it ‘grounds’ the subject and that your imagination will fill in where his legs meet the ground. I wanted to isolate him in darkness and thus make his silhouette a but more dominating.

Luckily my brother had a couple of small floodlights I could use setting up this shot, I was actually able to manually focus and get everything prepared using them and have them switched off for the photo.

It’s been a while since I just went out with the sole purpose of actually taking pictures. I took the D7100 and the missus took the D3100 and we set off. It was a lovely sunny day for most of the afternoon but the lighting levels were changing constantly which is always a nice challenge when shooting in manual. I set up the D3100 in shutter priority so she could just concentrate on taking the pictures rather than having to fiddle with the settings. She seemed to enjoy it and kept pestering me to use the long lens so I mostly used the ultra-wide 10-24. 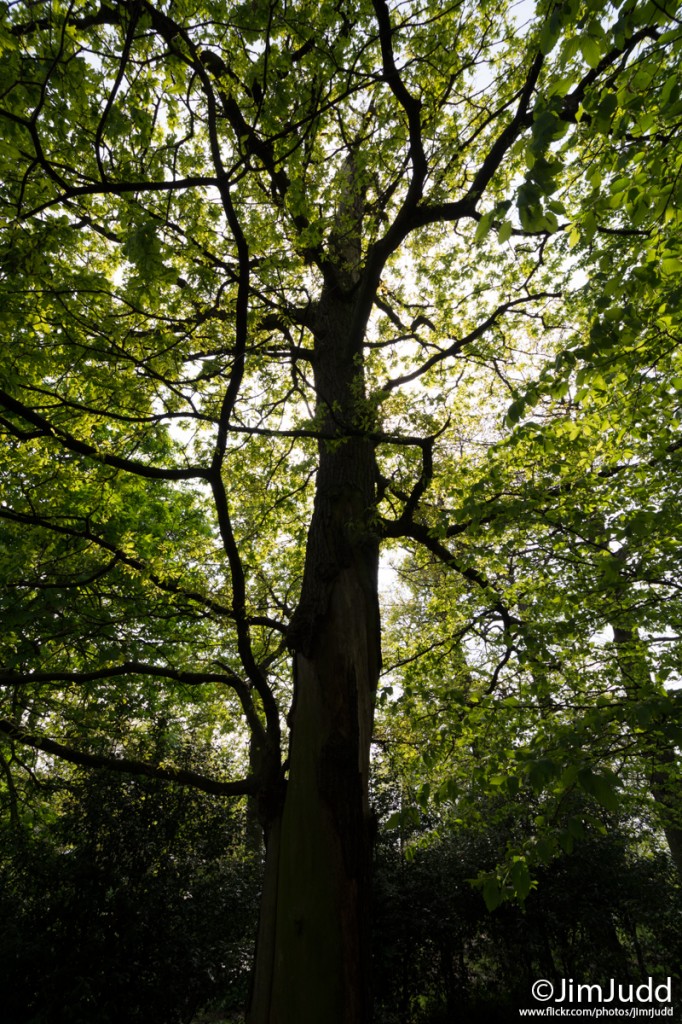 We started off from the small car park at the top, walked through the trees, past the White House and onto the top high corner of the Common. After a short sit down in the shade of a tree we headed back towards the rookery but all the waterfall pumps were turned off so we consoled ourselves with an ice cream and back home we came. 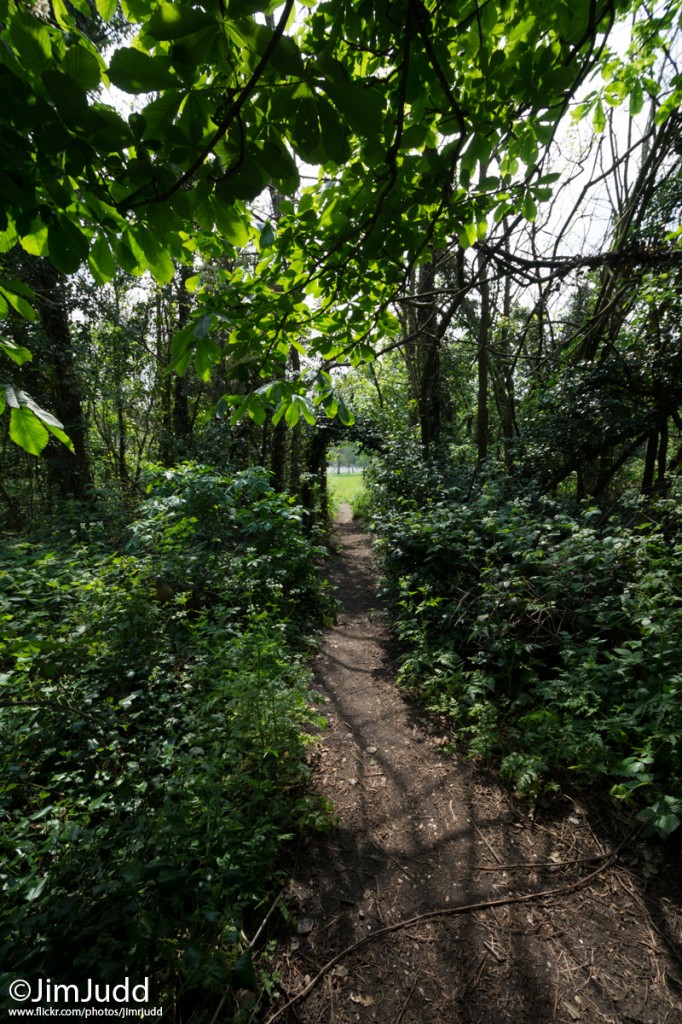 During the post processing files from both cameras in Lightroom, I’d forgotten the difference in quality between the sensors in the D3100 & D7100. The D7100 produces much richer and deeper colours in my opinion. 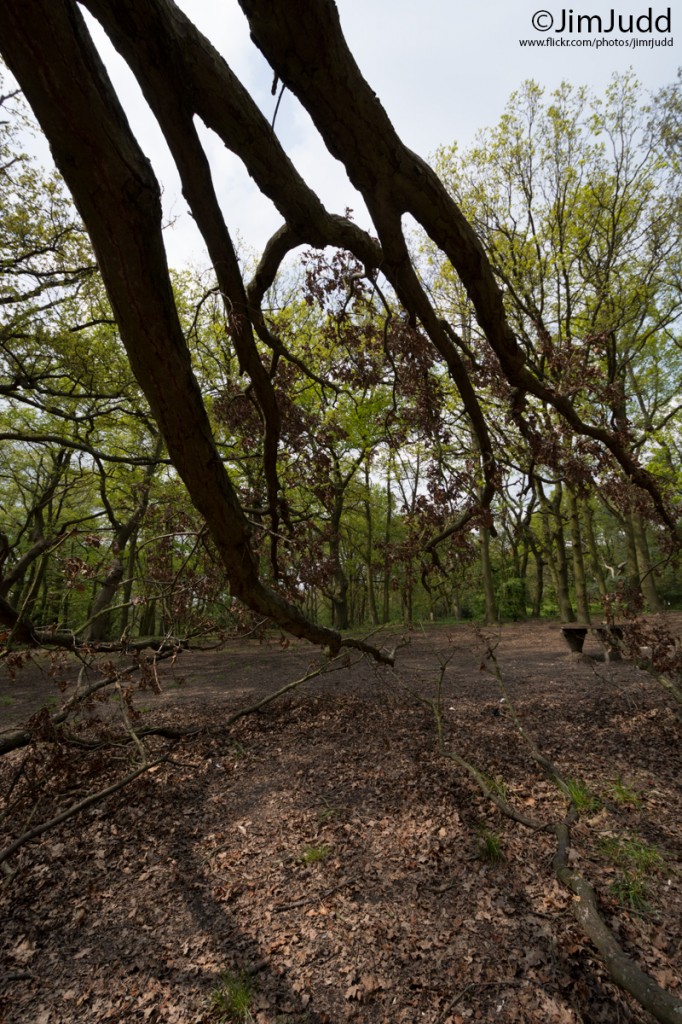